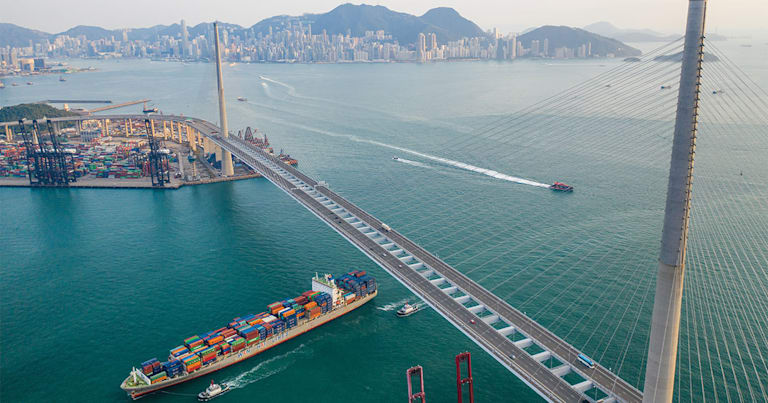 The U.S. Securities and Exchange Commission (SEC) recently finalized amendments that implement disclosure and submission requirements of the Holding Foreign Companies Accountable (HFCA) Act. Failure to comply with specific provisions of the law could result in the delisting of foreign companies on U.S. exchanges.

U.S. regulatory bodies, such as the SEC, want to ensure Chinese companies employ accounting standards in line with other companies trading on U.S. exchanges. China ADRs that fail to submit financial audits for inspection will be forced to delist after three years of noncompliance.

The U.S. Senate has passed legislation to shorten the grace period for non-inspection to two years (i.e., first quarter 2023). The House of Representatives is expected to vote on this bill soon.

China’s securities regulator responded conciliatorily to the SEC final rule, highlighting its continued engagement with the SEC to “find a mutually acceptable path of cooperation.”{sup}1{/sup}  So, the possibility of compromise with Beijing remains, such as auditing supervision, but will be challenging. Chinese law prevents local audit companies from submitting data to foreign parties.

SEC’s action is unlikely to significantly impact the trading of Chinese company stocks. Most China ADRs—69 companies, representing 98% of the total market capitalization of all U.S.-listed Chinese companies—can easily convert their ADRs to Hong Kong-listed shares. The companies that currently do not qualify for relisting are primarily small-cap firms.

The HFCA Act does not force U.S. investors to divest from China ADRs (versus companies on the U.S. Department of Defense sanctions list). Those at risk of forced liquidation include U.S. retail investors who buy securities through brokerage firms without global trading capabilities, though this situation would be rare. Institutions with mandates restricting investments to U.S. exchange-listed securities might also be forced to divest.

The information is not intended as a personalized recommendation or fiduciary advice and should not be relied upon for, investment, accounting, legal or tax advice.