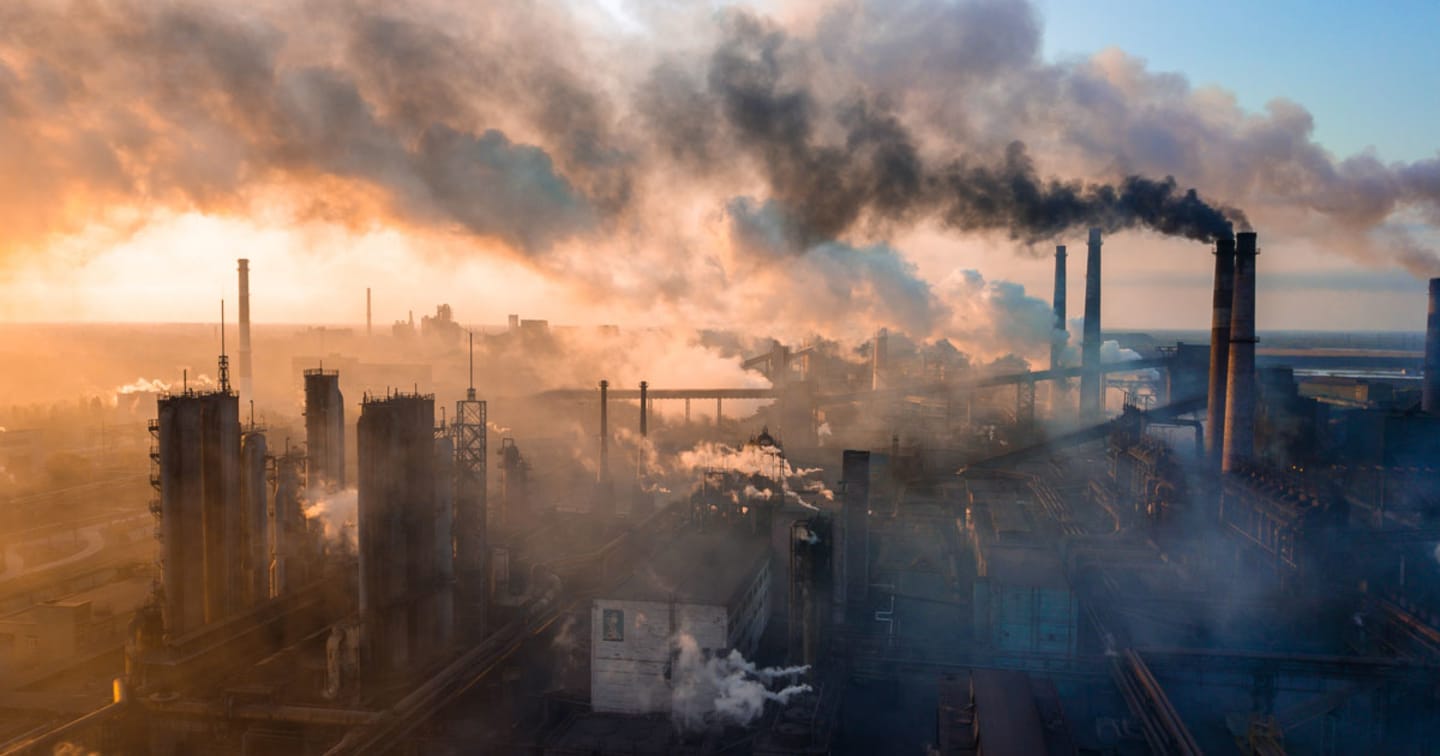 However, carbon capture technologies are costly and available only on a small scale.

While we generally view investments in carbon capture positively, we are focusing on companies that are actively working to boost their production of renewables, shift toward transitional fuels and reduce fossil fuel consumption.

Responding to increasing demands from investors, many large energy companies are investing in carbon capture technologies to help reduce the impact of greenhouse gas (GHG) emissions and achieve net-zero targets without lowering oil and gas production.

Carbon capture, utilization and storage (CCUS) are a suite of technologies designed to capture carbon dioxide (CO2) from high-emitting activities such as power generation and industrial facilities that either burn fossil fuels or use biomass for fuel. The captured CO2 is then compressed and transported for use in various applications or stored underground.

ExxonMobil, which recently committed to achieving net-zero emissions by 2050, said that carbon capture and storage is essential to its strategy. In 2021, the company rolled out a proposal for a massive $100 billion carbon capture and storage program centered in Houston, Texas, including offshore saline reservoirs in the Gulf of Mexico.{sup}1{/sup}

Occidental Petroleum is building a direct-air-capture plant in West Texas whose carbon-removal technology relies on fans to suck in air, separate the CO2 and inject it underground into old oil fields. The company envisions a potential new line of business that will assist other companies to reach their CO2-reduction targets.{sup}2{/sup}

Policymakers are increasingly interested in these technologies. For example, Prime Minister Boris Johnson has pledged £1 billion in public funds to help develop four major CCUS schemes in the UK by 2030 as part of the Labour Party’s green industrial revolution.{sup}3{/sup}

Tesla and SpaceX founder Elon Musk is involved in carbon capture solutions as well. In February 2021, he and the Musk Foundation launched the $100 million Carbon Removal XPrize to encourage the development of carbon capture technologies.{sup}4{/sup}

Despite the headlines about and investments in CCUS, its ultimate usefulness is hotly contested. Advocates contend that, in theory, carbon capture is quite attractive. With improved technologies and scale, CCUS could potentially capture 90+% of CO2 emissions from industrial facilities and power plants.{sup}5{/sup} Energy uses account for over three-quarters of greenhouse gas (GHG) emissions globally; power plants account for almost 42% of that total, while industrial uses (manufacturing and construction) contribute over 16%.{sup}6{/sup}

CCUS is also becoming a crucial part of corporate and governmental policies to reduce CO2 levels. Estimates show we must remove about 4 billion to 7 billion tons of CO2 annually to meet the 2015 Paris Accord pledges, and the International Energy Agency projects carbon capture would account for nearly 15% of that.{sup}7{/sup}

In addition, carbon capture can concurrently remove pollutants, such as nitrogen oxides and sulfur oxides, which are particularly harmful to vegetation—the earth’s original carbon capture technology. Ambient exposure to these pollutants may also lead to adverse respiratory effects in humans, notably lung diseases.

Lastly, stakeholders could put captured CO2 to productive use in enhanced oil recovery efforts, refining various fuels and manufacturing building materials. They could then store any unused CO2 in underground geological formations. While this scenario would require a significant investment in technology it would allow oil and gas producers to reduce emissions without fundamentally changing their business models.

Therein lies the crux of critics' arguments against carbon capture: Investing in CCUS technologies would prolong the world’s reliance on fossil fuels and detract from efforts to pivot to renewable alternatives. These technologies are still in the nascent stages of development, and their scalability is unproven. Research and development costs alone would be prohibitive, not to mention the amount of money needed to build large-scale CCUS plants.

There are currently just 21 large-scale CCUS industrial and power plants in operation worldwide.{sup}8{/sup} Swiss company Climeworks runs one of the world’s largest carbon capture efforts. Its Orca plant located in Iceland is the first CCUS facility to filter CO2 directly from the air and store it permanently underground. However, removing a single ton of CO2 at the Orca facility costs between $600 and $800.{sup}9{/sup}

To limit global warming to 2 degrees Celsius, the United Nations estimates that 10 billion tons of carbon dioxide will have to be removed from the atmosphere annually by 2050.{sup}10{/sup} And although Climeworks wants to improve its approach to reduce the cost to between $100 and $200 per ton (in line with the U.S. Department of Energy’s goal), at current pricing, it would cost $6 trillion per year to achieve the world’s GHG emissions targets for 2050 using this carbon capture technique.{sup}11{/sup}

Not only is this prohibitively expensive, but CCUS plants would need to scale rapidly to make this feasible. Experts estimate that CCUS capacity needs to grow from 40 million tons today to at least 5,600 million tons to meet the Paris goals of limiting global warming to no more than 1.5 degrees by 2050, not including the potential negative environmental impacts of carbon transport and storage.{sup}12{/sup} For example, storing CO2 underground and in natural rock formations could potentially damage biodiversity.

Our environmental, social and governance (ESG) team understands the importance and potential of carbon capture. Without fossil fuels, many power plants worldwide would shut down. That would mean manufacturers could not make or ship products, economic activity would go into a tailspin, and people’s livelihoods and access to food would suffer tremendously.

Although the world’s alternative energy infrastructure is not ready to shift away from burning fossil fuels, in our view carbon capture is not a panacea for the GHG emissions problem.

Think of carbon capture in the same vein as companies’ net-zero commitments, as these pledges demonstrate that firms recognize climate change as a pressing issue they must address. And like net-zero commitments, carbon capture represents the progress that industrial facilities and power plants could make in the future (if many things go right) without making more tangible moves toward reducing the absolute level of emissions today.

Industries are restructuring to fight climate change in ways that allow economies to continue working while achieving emission-reduction goals. In our view, carbon capture represents a single brick in the climate change mitigation process, but not the entire foundation. 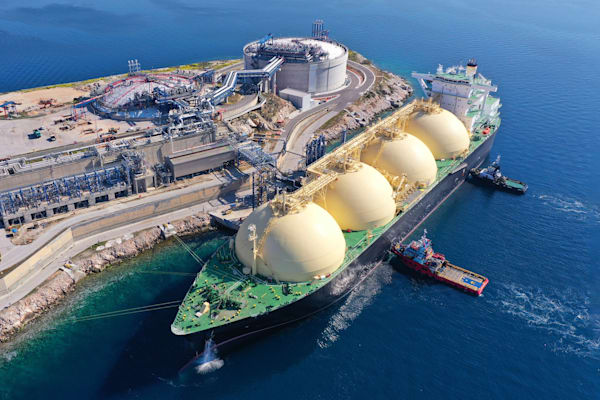 Natural Gas: Climate Foe or Part of a ‘Just Transition’ to Clean Energy? 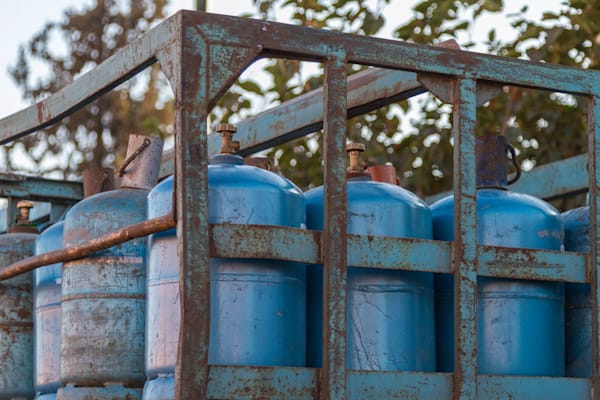 Sri Lanka: A Cautionary Tale About a ‘Just Transition’ to Sustainability 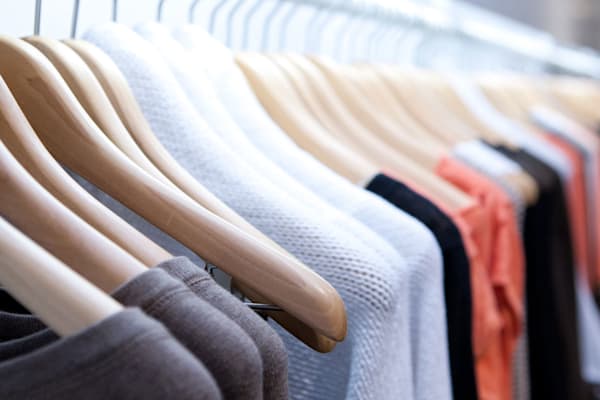 Fast Fashion and Sustainability—It’s Not a Good Look

Irina Ivanova, “Congress is spending billions on carbon capture. Is it a climate savior or a boondoggle?” CBS News, January 25, 2022.

Sam Meredith, “Carbon capture is expected to play a pivotal role in the race to net-zero emissions. But not everyone agrees,” CNBC, July 20, 2021.

Removing 1 ton of CO2 at the Orca plant costs at least $600, and 10 billion tons of carbon dioxide will have to be removed from the atmosphere annually by 2050, producing an estimate of $600*10 billion = $6 trillion.