With Inflation Still High, How Likely Is a Near-Term Fed Pivot? 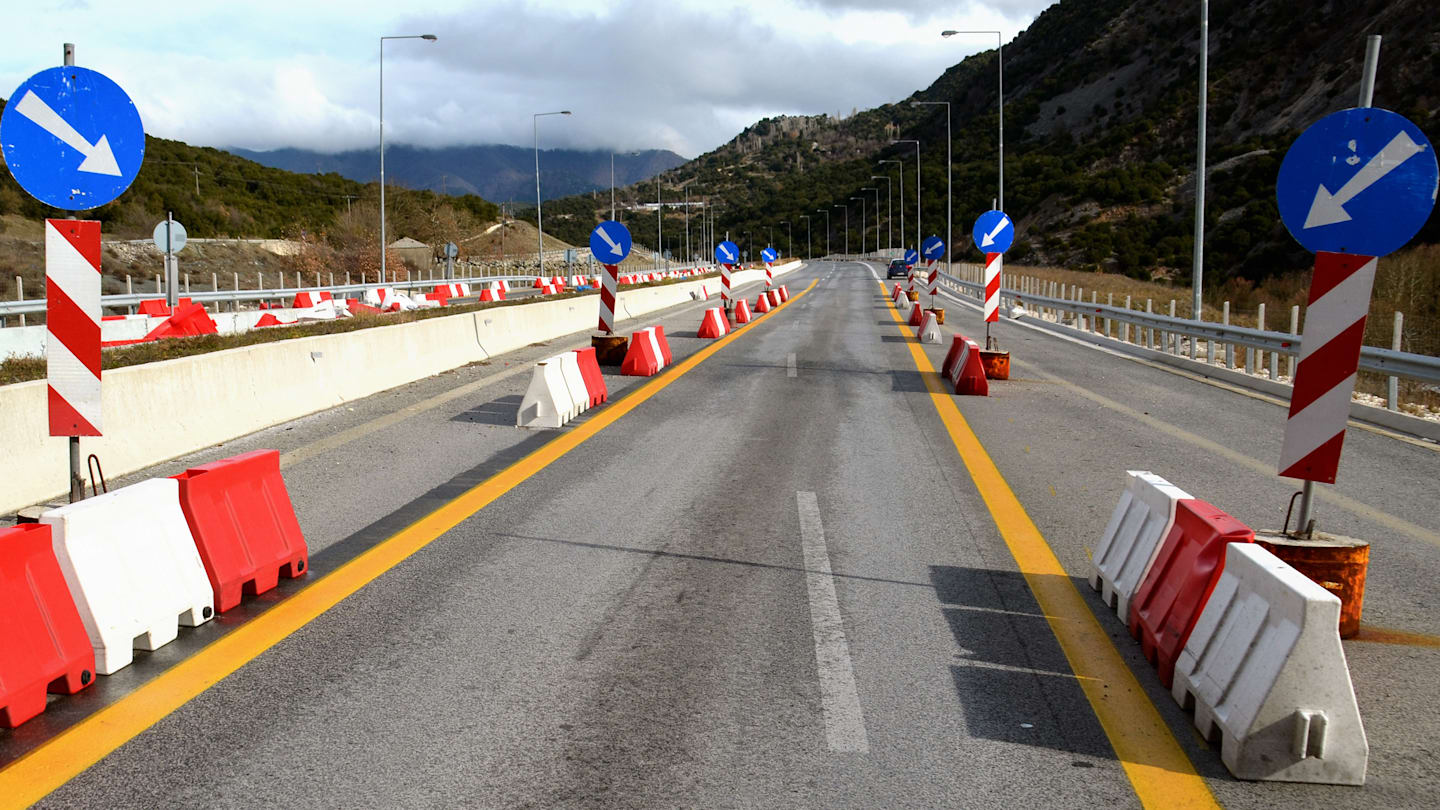 While many investors hope that a Fed policy change is forthcoming, we believe the likelihood is low.

Curtailing the persistently high inflation rate remains the Fed’s priority, even if the economy contracts in the process.

A faster-than-expected drop in inflation or a severe economic downturn could cause the Fed to pause or pivot.

With yet another hefty rate increase of 75 basis points (bps) today, the Federal Reserve (Fed) is executing its fastest rate-raising cycle in modern history. So, it’s no surprise that expectations for a near-term policy change from the Fed and other central banks are high.

The problem is persistently high inflation. Until inflation normalizes or a serious economic threat emerges, central banks are unlikely to veer off their current course. After all, their inflation-fighting credibility is at stake.

Fed’s Prior Inaction Is Partly to Blame for Menacing Inflation

While several factors are fueling higher prices, much of the blame rests with central banks. In our view, policymakers made a crucial error by waiting too long to start hiking interest rates. Consumer prices began rising in early 2021 and quickly gathered momentum, yet central bankers remained accommodative, insisting inflation was “transitory.”

By March 2022, when the Fed finally launched its rate-hike campaign, the annual headline inflation rate had soared to a daunting 8.5%. Meanwhile, an unusual combination of factors has complicated central bankers’ arduous task, including:

Recently, we’ve seen sharp market swings in response to any perceived policy change. For example, markets have rallied on signs of economic weakness, convinced the data will force a Fed pivot. This sentiment makes sense from a historical perspective, given that the Fed’s monetary policy over the last several years has largely focused on fueling growth.

But today’s Fed is different. Policymakers have been steadfast, insisting weak data won’t deter their efforts to flatten inflation. This resolve has subsequently triggered market retreats.

The Fed’s tenacity is evident in policymakers’ aggressive rate hikes. Following a quarter-point increase in March and a half-point hike in May, the Fed announced a 75-bps increase in June. Policymakers followed up their largest rate hike in 28 years with additional 75-bps lifts in July, September and now November.

Fed Is Likely to Tighten More This Year

To date, the Fed’s six rate hikes have pushed up the federal funds rate target by 3.75 percentage points to 3.75% to 4%. The futures market still sees the potential for another 75-bps increase in December. This would push the target rate to 4.50% to 4.75% by year-end.

Moving into 2023, the futures market expects the target rate may peak at 4.75% to 5% in March, a 15-year high. Our view of the Fed’s peak rate is consistent with market pricing.

A Monetary Policy Change Hinges on a Market Surprise

We believe an unexpected event would have to unfold for the Fed to pause or pivot in the near term. In our view, three potential scenarios include:

1. A Rapid Drop in the Inflation Rate

In our view, inflation would have to cool at a faster rate than the Fed expects to trigger a policy change.

Currently, the Fed’s median expectation for annual headline inflation, as measured by personal consumption expenditures (PCE), is 5.4% in 2022 and 2.8% in 2023. Meanwhile, headline PCE was 6.2% in September and more than 6% in each of the first nine months of 2022.

While we expect inflation to moderate, we believe prices will remain higher than the Fed and financial markets currently anticipate. We expect goods prices to continue easing as supply chains improve, but we don’t believe they will fall back to pre-COVID levels.

On the other hand, we believe services costs, particularly housing and rent, will keep climbing through year-end and pressure the overall inflation rate. See Figure 1. 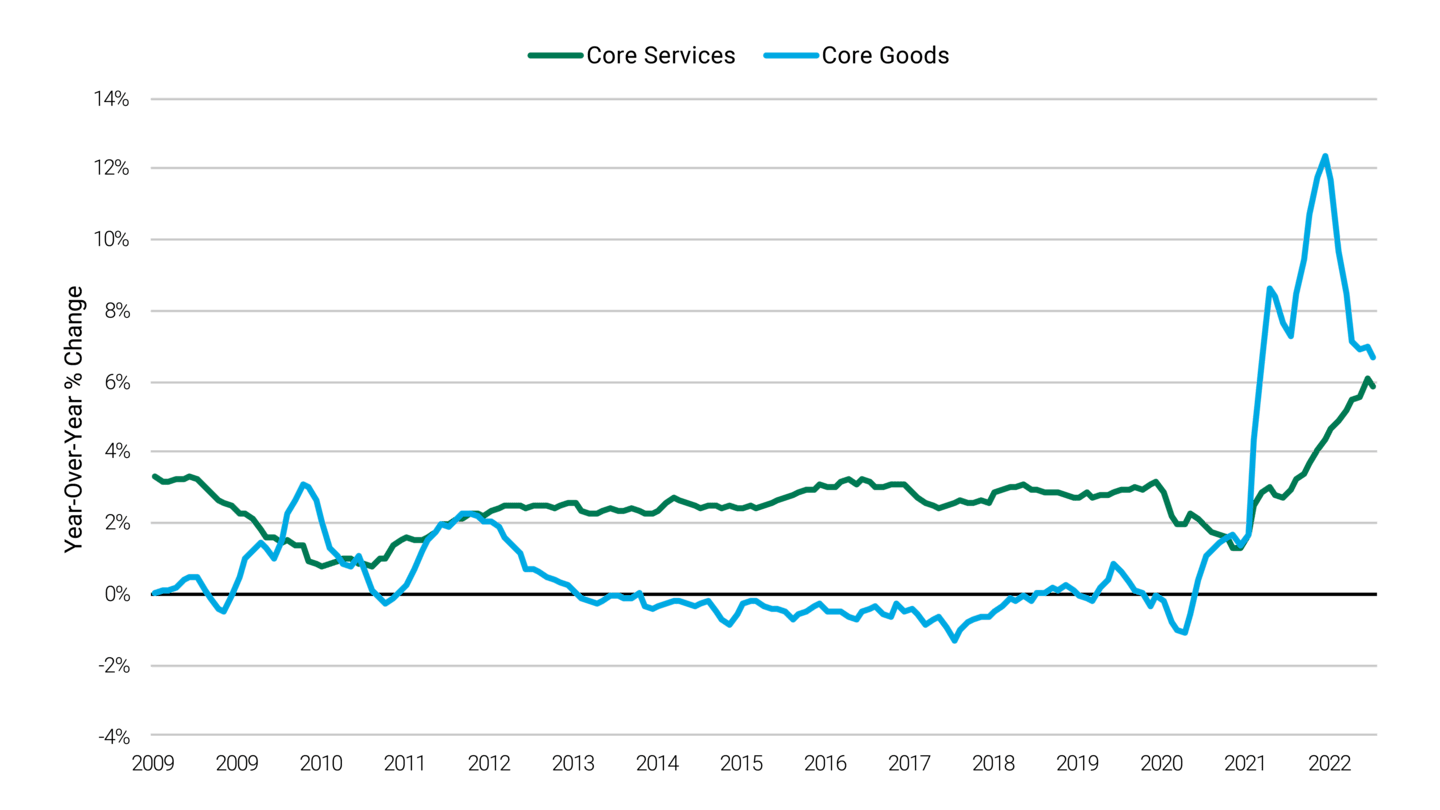 Data from 3/31/2008 – 9/30/2022. Source: FactSet. The Consumer Price Index (CPI) is the most commonly used statistic to measure inflation in the U.S. economy. Reflecting price changes from the consumer's perspective, it’s a Bureau of Labor Statistics index derived from detailed consumer spending information. Changes in CPI measure price changes in a market basket of consumer goods and services such as gas, food, clothing, and cars. Core CPI excludes food and energy prices, which tend to be volatile.

While the U.S. economy contracted in the first and second quarters, the National Bureau of Economic Research did not call an “official” recession. This is largely due to a still-strong labor market. Along with two quarters of negative gross domestic product, rising unemployment characterizes recessions.

The U.S. labor participation rate has not yet recovered from the pandemic. See Figure 2. 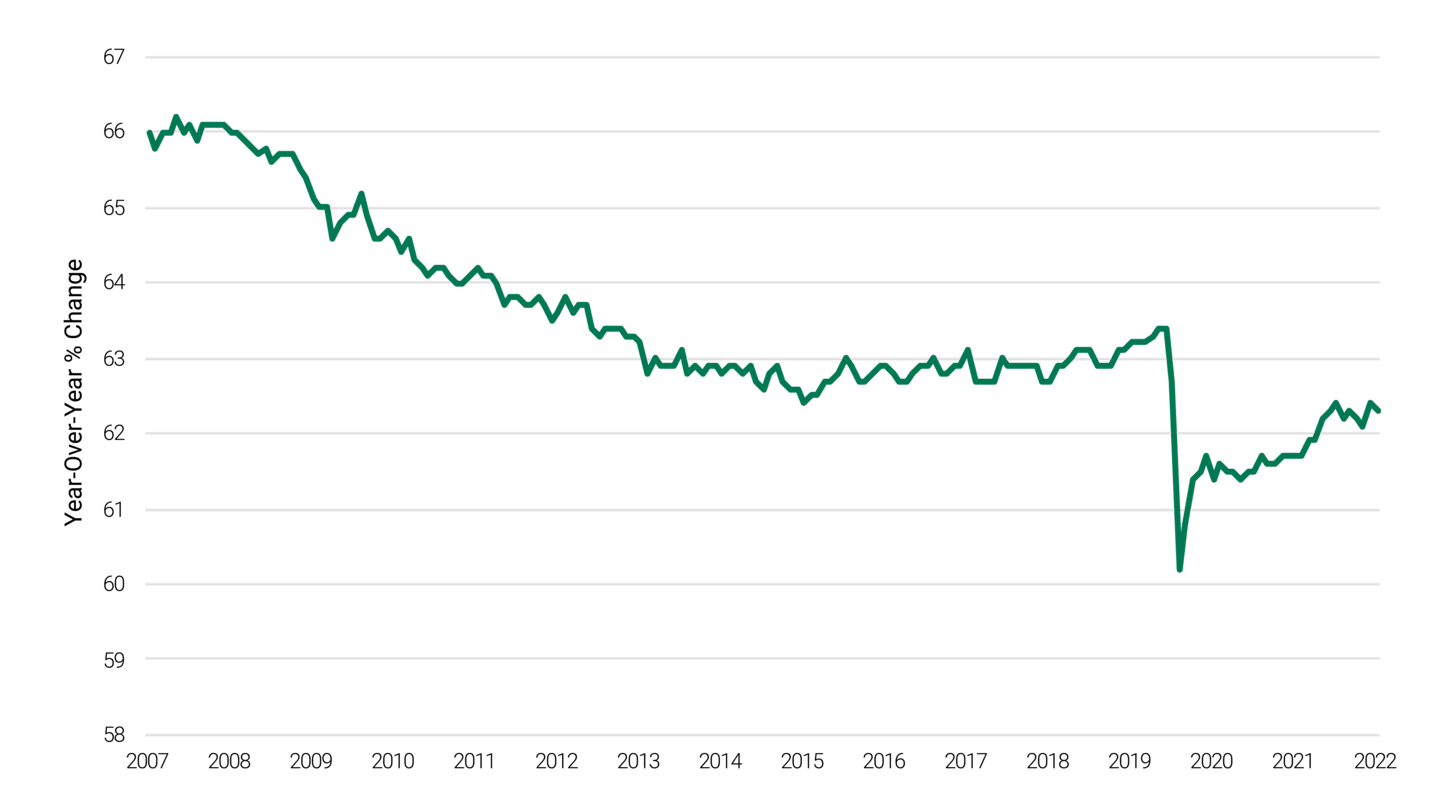 The Fed believes rate hikes will indirectly bring labor supply and demand into balance. As this occurs, the unemployment rate will naturally rise.

While the Fed believes it can dampen the labor market without triggering a recession, we remain skeptical. In our view, tighter financial conditions, in response to elevated inflation, will take a toll on consumer spending and corporate sentiment. Accordingly, these factors make recession the most likely economic outcome within the next few quarters.

A mild recession is unlikely to trigger a Fed pivot, but it may cause the Fed to pause and monitor the effects of its tightening policy. However, a severe or prolonged recession likely would prompt the Fed to cut rates.

Given today’s extraordinary global backdrop, an unprecedented market-rattling event remains possible. And if one emerges, the Fed likely would intervene. Examples include:

The Fed is fighting an uphill battle after allowing inflation to reach 1980s-style levels before responding. Reducing the elevated inflation rate amid an increasingly fragile economic climate remains a complicated, time-consuming task. But it’s also a mission to which the Fed is fully committed.

Accordingly, barring an unexpected market anomaly, a near-term Fed policy pause or pivot currently appears unlikely, even if the economy falls into an official recession. The Fed wants concrete evidence that inflation has peaked and is receding before it alters its current course.

While we expect inflation to moderate, we also believe it ultimately will settle at a higher rate than we’ve seen in many years. Structural forces, including deglobalization, a declining working-age labor force and a global shortage of investments in and supply of energy, will promote elevated inflation.

That’s why we believe investors should consider inflation-protection strategies as core components of fixed-income allocations. 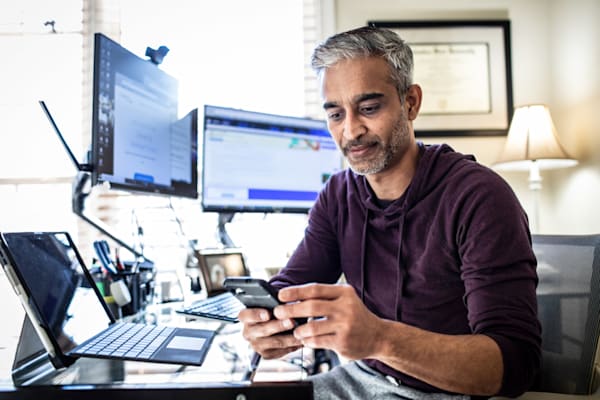 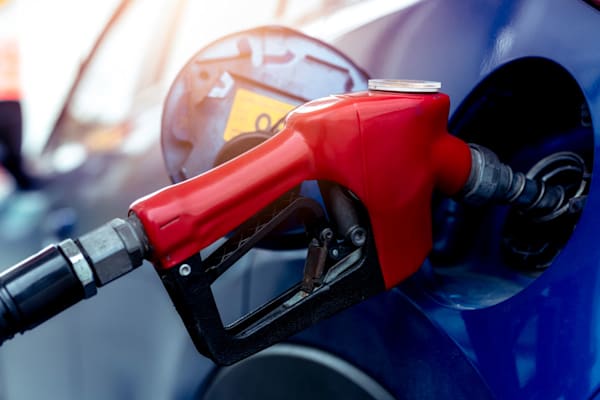 Don’t Count on Lower Gas Prices Over the Long-Term 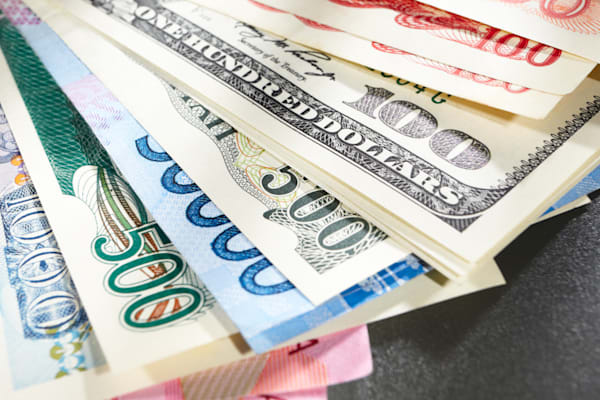