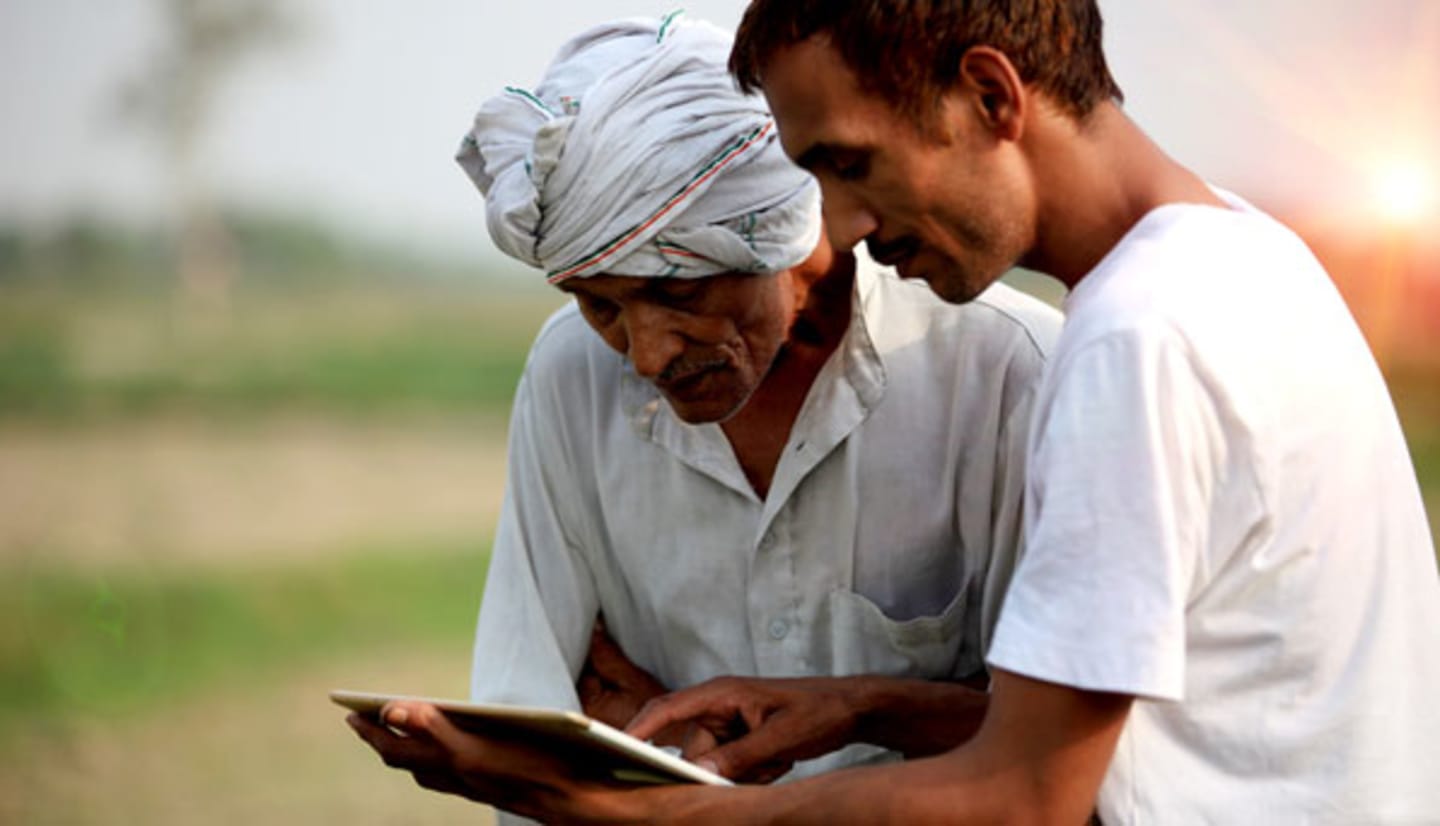 The links between digitalization and sustainability may not be evident at first, but digitalization affects the environmental, social and governance (ESG) aspects of how businesses operate.

Digitalization can help companies boost profitability and competitiveness while achieving ESG goals, but it can also have a dark side.

Business leaders worldwide recognize the importance of digitalization to their ESG initiatives, though some industries are more aware than others.

At American Century Investments, “technological advancement” is one of five key themes we deem essential to helping achieve a more sustainable global economy. While it is not usually seen on the lists of “people and planet” issues typically associated with ESG, technological advancement profoundly affects all these topics. Furthermore, we know technology drives innovation, and innovation keeps businesses alive to deliver returns to investors in a healthy, productive economy. Talk about sustainability!

Digitalization is a major category under the technology theme. This brief article highlights some of the critical links between ESG and digitalization. Many are positive, and some are worrisome.

What is Digitalization in Business?

First, what exactly is digitalization? A dictionary would likely define it as “the conversion of text, pictures or sound into a digital form that a computer can process.” Okay, that’s technically correct, but it doesn’t capture what we’re talking about here.

The connection between ESG and digitalization arises from the way data can be used to define or expand a business model and provide new sources of revenue.

Investors should understand that how businesses use and store data has societal implications. A company has a responsibility to collect and use data ethically and to store it safely—in other words, it has governance obligations surrounding digitalization.

Today, every company is a technology company—from banks to manufacturers, from electric utilities to retailers—every company collects and stores data about its sales, operations and customers, relying on data and digital infrastructure to make decisions and inform its business strategy. Digitalization is a prerequisite to analyzing the data companies use to improve business practices, identify opportunities and boost profitability. Data and digital infrastructures also allow societies to improve everything from education to health care to agricultural practices.

Here are a few ways digitalization and sustainability go hand in hand:

Digitalization and Energy Use (Environmental)

One way to reduce the impacts of generating electricity from fossil fuels is to better measure the need for power. Machine learning can help match energy generation with demand in real-time to fully realize the potential of smart grids. This can improve efficiency (reducing costs) and increase the use of renewable energy. The Global e-Sustainability Initiative SMARTer 2030 report estimates:

Digitalization of buildings improves energy management through smart heating and cooling systems, while internet-connected appliances and equipment can enhance comfort while reducing energy use.{sup}1 {/sup} Builders that incorporate these features in new construction and retrofits will benefit along with the environment.

Financial inclusion is another link between digitalization and ESG. Giving people the ability to participate in the digital economy using a cellphone can truly transform lives, particularly in lower-income segments of emerging markets countries. That positively affects the overall economy, including the companies that do business there.

While building a digital infrastructure requires upfront spending and possibly government subsidies for cell phone plans, India and some African countries have shown great success by increasing consumers’ access to bank accounts. This helps people to save money safely (cash can be stolen, lost or destroyed). Digitalization allows shopkeepers to accept digital payments, reducing the risk of holding cash and monitoring their inventories so they can order only the goods they need, improving cash flow.

Digitalization creates ethical responsibilities about the way data is used. This includes how companies rely on algorithms to perform tasks and choose which alternatives to present us for making decisions. We don’t have to debate whether computers armed with artificial intelligence (AI) will eventually take over the world — in today’s world, digitalization is an integral part of AI and machine learning tools that affect us in good ways and bad.

For example, AI and machine learning can allow doctors to diagnose diseases earlier than previously possible, improving patient outcomes. Digitalization presents opportunities for pharmaceutical companies to speed drug development and allows these health trackers some of us wear to monitor our exercise and sleep habits and recommend ways to improve them.

However, many machine learning models — including programs that choose and reject job candidates based on the wording in their resumés, facial recognition software and the algorithms that determine the ads we see on various platforms — show racial and gender biases. University of Maryland researchers found that facial detection services from Amazon, Google and Microsoft are more likely to fail with older, darker-skinned people than their younger, whiter counterparts.{sup}2 {/sup}

Digitalization raises numerous privacy concerns because our personal data can be used in ways we don’t realize and may not want. This creates risks for companies whose business models rely on personal data. For example, after Apple released its App Tracking Transparency feature that gives people control over how data gathered by apps can be used, Meta (parent company of Facebook) claimed the action would decrease Facebook’s 2022 sales by about $10 billion.{sup}3 {/sup}

Cybersecurity presents a clear example of the link between tech/digitalization and ESG. We’ve already seen many costly cyberattacks this year. No organization is immune. The companies affected include Microsoft, cryptocurrency exchange Crypto.com, the Red Cross and a major German energy firm, Marquard & Bahls, whose IT infrastructure was destabilized, forcing more than 200 gas stations across Germany to close.{sup}4 {/sup}

The risk of digital sabotage is rising, and so is the financial cost of making large ransom payments and losing consumer trust. The idea of having our data hacked and sold on the dark web, raising the risk of identity theft, is upsetting. An emphasis on awareness, companywide training and cybersecurity at the board and C-suite levels is essential. Better data protection enhances customer loyalty and customer service, increasing retention profitability.

A recent Boston Consulting Group report titled “The Five Digital Building Blocks of a Corporate Sustainability Agenda” discusses the link between digital capabilities and sustainability. Based on a survey of more than 850 companies, it looks at how companies worldwide set their E, S and G digital priorities and shows big differences across industries.

Medtech, biopharma and automotive are leaders, whereas telecommunications, software, fashion and luxury are laggards. But even within the lagging industries, digital leaders prioritize ESG. The report goes on to say that even though we might expect E to dominate S and G, the survey results show otherwise — “Overall, 80%, 70%, and 69% of companies have digital initiatives that focus on social goals, governance considerations, and environmental programs, respectively.”{sup}5 {/sup}

Investors should be excited about the ESG and economic benefits of digitalization, from reducing energy use across office buildings, factories and warehouses to expanding e-commerce in developing markets and providing more personalized customer service. They should also be mindful of companies’ responsibility to safeguard their data against cyberattacks and the potential for substantial damage when companies misuse customer data.

Our ESG and Sustainable Investing team applies such insights to integrate ESG in investment processes across various strategies.

Head of ESG and Sustainable Investing

Learn more about ESG investing with our practical guide. 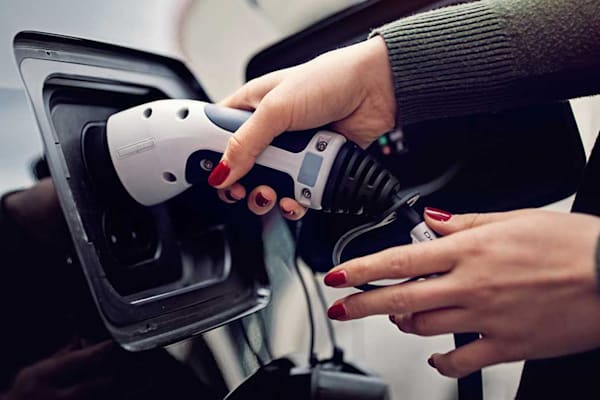 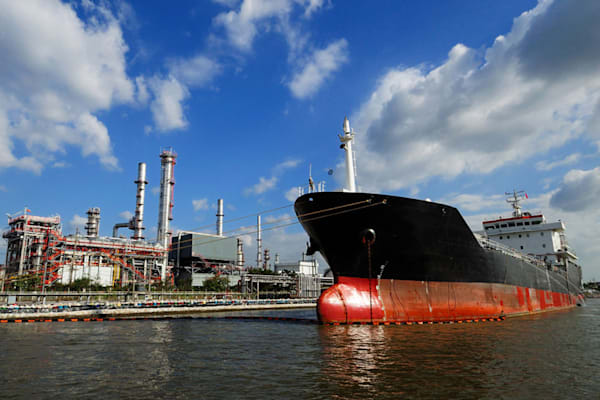 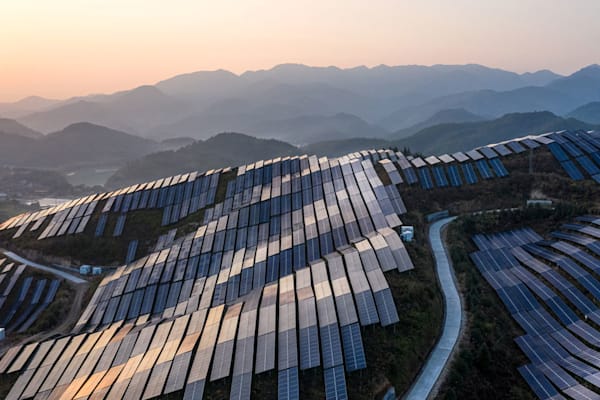