How Taking Over the Family Investments Affects Relationships 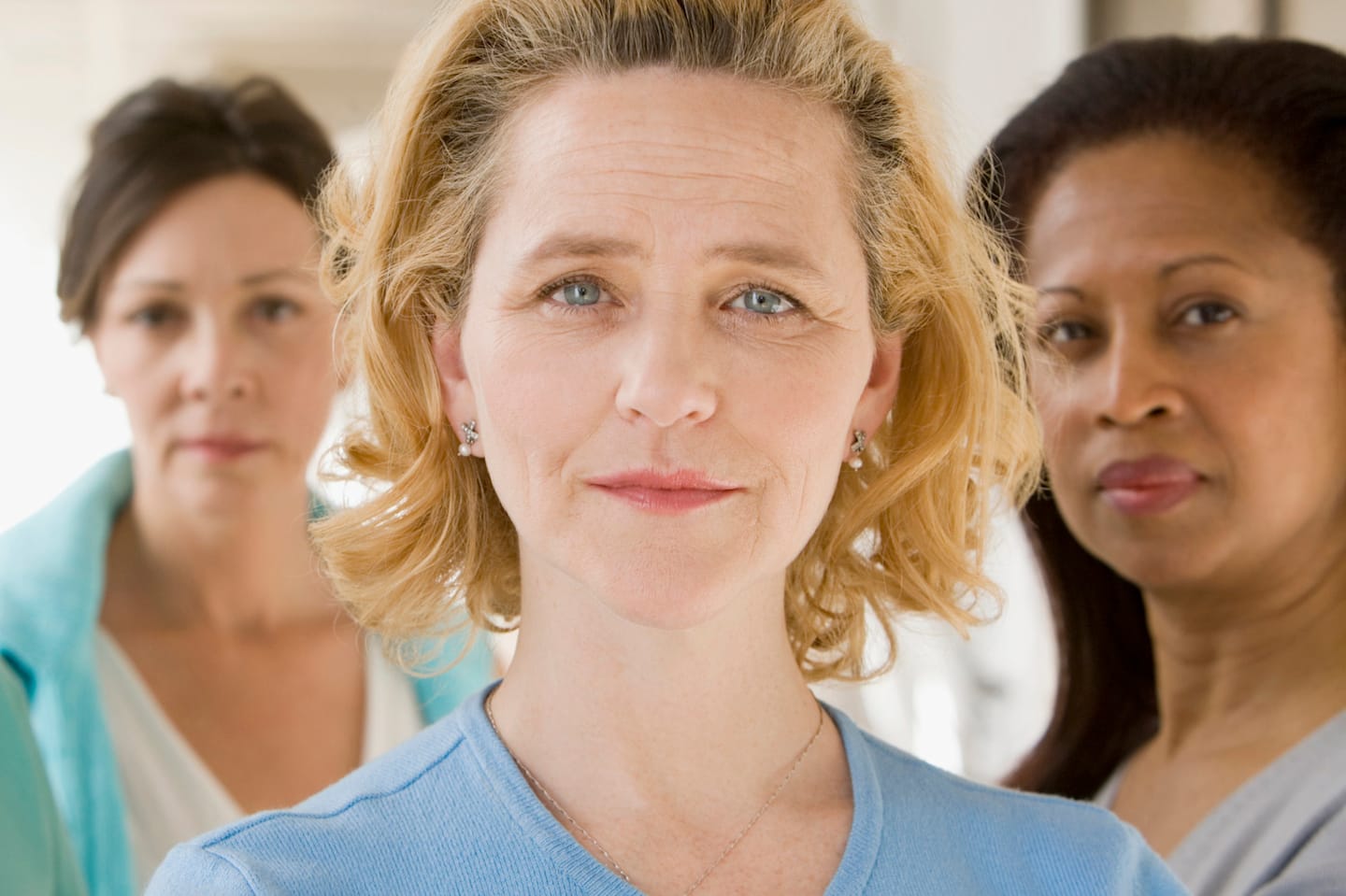 Men and women who are in long-term relationships together can see their roles in investing differently.

According to a 2020 survey , 31% of women say they are “primarily responsible” for the investment decisions in the household. But only 5% of the men in their lives agree.¹

That discrepancy hints at the surplus of emotional baggage connected to investing. How do men feel about female-led financial control in relationships? How do couples smooth out the anxiety around gender roles and money?

We spoke with three women who have taken over the family finances about how this role affects their relationship, self-image and life.

Although Jennifer and her husband have been a couple for quite a while, they only started pooling their finances when they married. Preparing for their first joint purchase, a new car, led Jennifer to open their first shared investment account. It was just a place to hold each of their contributions while they searched for the right vehicle. But going forward, it will be where they invest their earnings for their shared future.

Because she has more investing experience and brought more assets to the marriage, it felt natural for Jennifer to take the lead.

“If he wanted to control everything, I think that would feel awkward to me because most of what we have now is my money, as in, I brought it into the marriage,” Jennifer says.

Besides, from an early age, Jennifer’s mother instilled in her the importance of women controlling some of their own assets. Her mom had a good reason based on family history.

“During World War II, my grandmother’s husband left Hong Kong for New York and never returned. My grandmother had to get a job besides taking care of their kids. Because of that, my mom invested in rental property in her name alone. And taught my sister and me to do the same thing.”

Unlike Jennifer, who grew up openly discussing finances and getting money advice from both her parents, her husband grew up in a family where money wasn’t spoken of much. In fact, financial difficulties made the topic fraught. So, he’s happy to let her take the lead.

That doesn’t mean it’s been easy.

Jennifer has encouraged her husband to start a 401(k) with his employer and plans to add his name to more of her accounts.

She also hopes to help him become more comfortable looking at accounts together, even weathering market downturns, which tend to spook him.

Jennifer’s husband sometimes feels that his smaller earnings working in nonprofits mean he’s not fulfilling his duty as a husband. This feeling came to a head when the couple started looking at homes in the Bay Area and realized the kind of house they wanted was currently out of their range.

“I think it’s that masculine role because he has said to me, 'I wish I could just buy you a house.' He was embarrassed,” Jennifer says. She reminded him that they have both made financial decisions that led to where they are today and that they’ll eventually reach their goals together.

Despite their differences, Jennifer sees a bright future for their financial partnership as well as their romantic one.

“Even though we have different amounts of assets, our values and the way we see finances are similar.”

Margarita’s financial leadership in her household started with insurance.

“We were married exactly 13 months when our first child was born with a significant birth defect—and enormous medical charges ensued. Trying to untangle the insurance and manage the remaining medical bills led me down the road of knowing where every penny was. That grew into me managing our savings, which grew into me looking for investments,” Margarita recalls.

The young couple quickly learned that finances weren’t her husband’s strong suit. In fact, he was too hands off, in Margarita’s view.

“There was a time when he would ask permission before spending on anything other than coffee. That drove me crazy, and we had to work through it because I do not want to be his mom.”

Trust Is the Foundation

“As long as his credit cards keep working, my husband is good to go,” Margarita jokes.

As the couple grew their family and pursued busy careers, Margarita’s husband didn’t have the time or interest to ask much about how she was managing their money. Because they trust one another completely, this has rarely caused conflict.

It’s only lately that things have gotten tricky emotionally.

“As retirement gets closer, he wants to know more. He doesn’t want in-depth information, which frustrates me. But when he does ask more questions, I get frustrated. He can’t win!”

“I now find these things so easy, and I really have to get down to basics for him. That being said, he’s earned way more than me, and it really is indicative of his trust in me that he doesn’t ask for details about how our money is managed. So, I owe it to him to be patient, provide the clearest picture I can, and ensure he has all the info he needs to feel secure.”

Charlotte and her husband are a binational couple; she is American, and he is Chinese. They each manage investments in their home country. Because they prefer putting their money in the more developed U.S. markets, Charlotte has become the de facto manager of most of the couple’s assets.

“My mom managed the money in our family, so it feels normal to me to take the lead as the wife. What was new to me was the idea of investing in more than retirement funds. My husband got the idea rolling, and I did the research,” Charlotte says.

“I think when you don’t have open conversations, it does not help the relationship and can lead to negatives. Being open at all times and willing to discuss is essential. We know where our respective strengths are and try to capitalize on them,” says Charlotte.

Frequent conversations about investing and money help the couple avoid the conflict that might otherwise stem from one partner handling more of the investments, she says.

“It’s empowering. Anything to do with learning a new skill is also a confidence booster. I have now bought six houses. It’s more common to me than having a baby—we only have two of those!”

Leading the Finances—Managing the Relationship

Women leading the finances is the reality for many couples. Making sure it doesn't interfere with the relationship is important too. What’s the best way to do it?

“I have a lot of female clients that either manage their own portion of the investments or manage the entire household’s investments,” says American Century Financial Consultant Melissa Ohler, CFP®.

“One thing that helps is having clear roles. For example, one person might handle the monthly budget and the short-term saving while the other handles the long-term investments. Both are extremely important for family finances, and it can make each partner feel they are doing their part.”

Managing family investments is critical for your future. We can offer another view, provide a portfolio evaluation or answer questions. 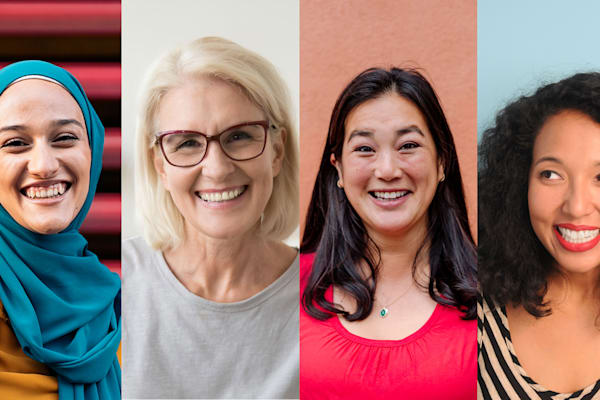 When Investing Clicked for These 4 Women 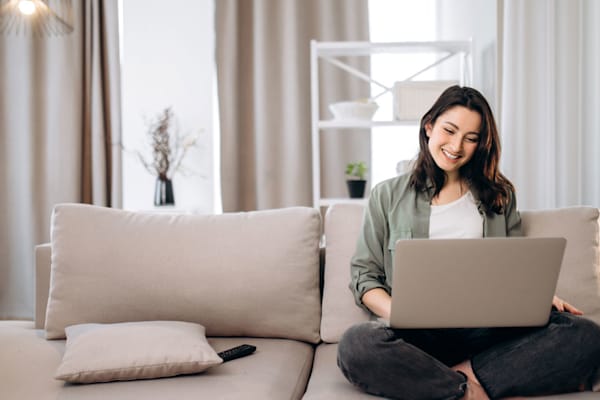 Why Women in Investing See Better Results Than Men 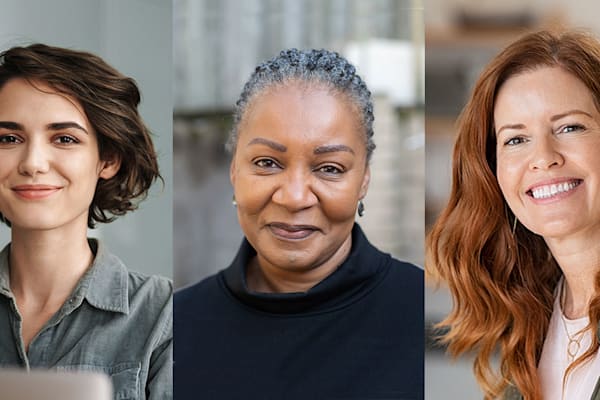 Investing for Women: Working with a Financial Advisor

“He Said, She Said: One Third of Coupled Women Say They’re in Charge of Financial Decisions; Only 5% of Male Partners Agree.” Hearts & Wallets. June 9, 2020.